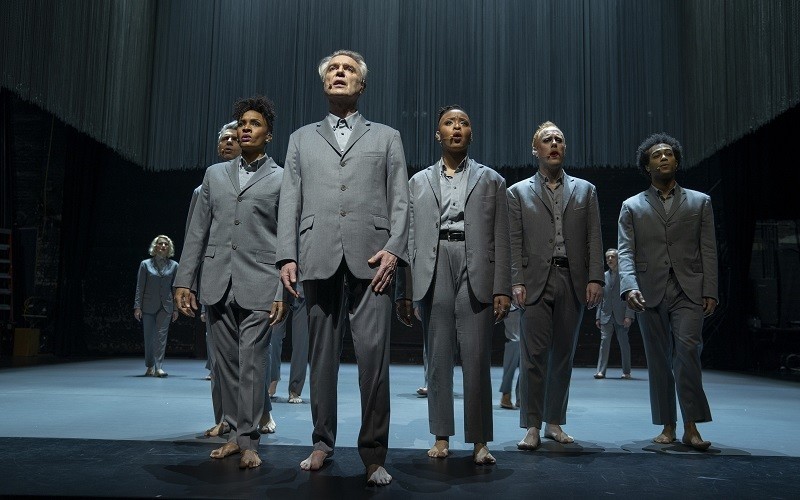 “American Utopia” shows what happens when two pop culture giants at the tops of their respective games finally collaborate, bringing a lifetime of experience to bear, and treating their shared love of live performance as a common language. The star, composer, and originator of “American Utopia” is David Byrne, who now holds the distinction of appearing in two of the greatest concert films ever made, the other being Jonathan Demme’s 1984 “Stop Making Sense.” The director is Spike Lee, whose output as a fiction filmmaker has been so formally innovative and politically engaged that people tend to forget that he’s every bit as assured when adapting stage productions (including “Freak,” “A Huey P. Newton Story,” “Passing Strange,” and “Rodney King”).

Generously mixing new songs, beloved back-catalog titles, and covers, Byrne and Lee’s movie is a celebration of community and personal connection, mirroring the structure of “Stop Making Sense” (which likewise starts with Byrne performing solo, then adds instrumentalists and backup singers until the stage is filled) while establishing its own, very-Spike-Lee aesthetic. Its themes and generous spirit inadvertently made it the perfect antidote to, or virtual escape from, the intense feelings of isolation that gripped people all over the world throughout the first year of the COVID pandemic.

But the sheer beauty of the music, choreography, and images give “American Utopia” a resonance that will outlast the historical moment that framed it. Shooting with multiple cameras (and working closely with cinematographer Ellen Kuras and the show’s original choreographer, Annie-B Parson), Lee makes sure that a simple, powerful, stand-alone-gorgeous image appears after every new cut, whether it’s close-up of a guitar being strummed; an overhead shot of performers moving in formation or playing possum on the stage floor; or a closeup of Byrne’s wondering face. This is the purest sort of filmmaking and the purest kind of art. (Matt Zoller Seitz)